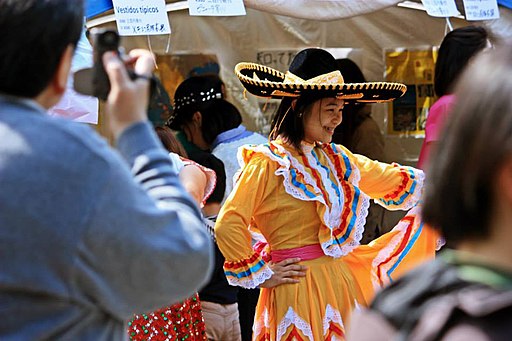 Do you know what Cinco De Mayo is?

You might have heard about it but do you ever wonder what it is? Cinco De Mayo which is commonly known as the “5th May” is a holiday that is celebrated in Mexico and many other parts of the United States. This is the Mexican Army victory date. The victory was over France during the Battle of Puebla.

People remember this day because of the Franco-Mexican war, and it is a holiday that is celebrated with great pride. Even though it is not a significant Mexican holiday, the United States Cinco De Mayo celebration has more cultural importance and significance. In most areas of the US, where there is a significant Mexican population, it is celebrated with zeal and interest. Cinco De Mayo celebrated to showcase the victory of a single battle held by the Mexican army in 1862 with France. In 1862, the Mexican Army, considered the underdog before it finally defeated France when it tried to occupy the United States. The French were led by Napoleon III; however, the United States was preoccupied because of the civil war. But as soon as the French approached Mexico, the war happened in 1862, and the French Army ended up defeated. This victory was a symbolic victory for the underdog Mexican government. Now it is widely accepted all over the United States and celebrated to showcase Mexican culture and heritage.

Even though it is a Mexican holiday, it is not a big deal in Mexico. People celebrate it with more zeal and interest all over the United States. From 1960 to 1970, this day became even more significant because Mexican American activists started a campaign in California. This holiday is still celebrated in some parts of Mexico and majorly in the United States. Parades take place, and the enactment of the battle between French and Mexican is also done in the remembrance of the war.

What should you do if you are celebrating Cinco De Mayo in America?

There is nothing significant that you need to take care of when planning to celebrate Cinco De Mayo in Canada or Mexico. But it is the day where you can enjoy and remember Mexican history and the Mexican war with the French. You can also celebrate this day to celebrate the heritage of Mexico. But besides that, there are a few do’s and don’ts that you should be aware of. It is always better to visit an institute for Mexican culture. There you will gain understanding and learn about the rich and diverse history of Mexico. It is the perfect and ideal activity you can do while you are in Mexico or the United States while celebrating Cinco De Mayo or the fifth of May. You can also enjoy loads of authentic Mexican food. Although enjoying authentic Mexican food is not only bound for the day of Cinco de Mayo, but you can still enjoy the day with your Mexican friends and have authentic Mexican spicy food for the day. Wearing a fake mustache is a big no. Rather than opting for the fake outfits, you can enjoy the parade that is happening, or in some parts, you will also notice that there is a re-enactment of the battle that you can enjoy.

Some things to know about Cinco De Mayo

The Mexican Army had this unexpected win.

5th may is to celebrate military

In Mexico, schools are closed on 5th May.

Even though in Mexico, the 5th of May is not celebrated as a big deal but the schools are still closed, and it is still considered a public holiday. Compared to how it is commemorated in the United States, the hype is a lot less in Mexico.

The United States celebrate it with more enthusiasm

Even though it is a regional holiday in Mexico, the United States rendition of Cinco De Mayo celebrations happen all over the United States with around 400,000 people celebrating and attending the festivities. The parades and carnivals happen alongside various other activities such as taco eating competition and revelers enjoy authentic Mexican Cuisine.

Where to Celebrate in Los Angeles

CATALINA ISLAND MUSEUM: The museum is at 217 Metropole Ave., Avalon.